Chelsea are the only London club to have won the UEFA Champions League (UCL). Tottenham came close in 2019 but succumbed to Liverpool’s pressure. Upon winning the coveted trophy in the 2012 Final, Chelsea became the first EPL club to win four out of four UEFA club trophies. Chelsea played against Bayern Munich at the Alliance Arena. They eliminated Napoli and Barcelona on their road to the finals. 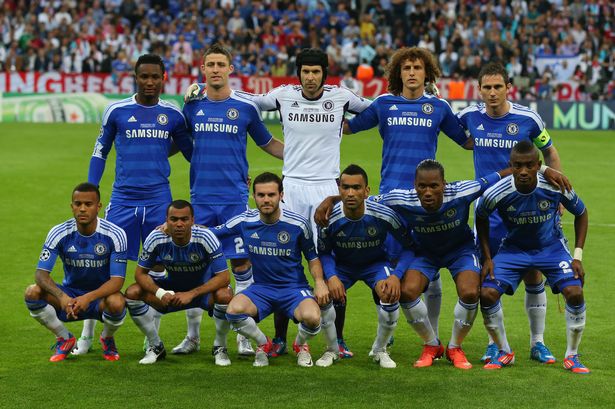 Chelsea‘s line-up contained one of the biggest surprises in the UCL; a player in the name of Ryan Bertrand who had never played a European game, let alone the final. The coach only informed him on the day of the game. Perhaps Bertrand was at task to help Ashley Cole contain Bayern’s explosive winger and former Chelsea player Arjen Robben. Other starters include Didier Drogba (man of the match), Juan Mata, Salomon Kalou, Frank Lampard, Obi Mikel, Ashley Cole, Gary Cahill, David Luiz, José Bosingwa, and Petr Čech. John Terry missed the tie due to suspension from a previous game, the semis against Barcelona at Camp Nou. Branislav Ivanović, Ramires, and Raul Meireles were injured. The stand-in coach was Roberto Di Matteo who was acting on an interim basis after replacing André Villas-Boas.

How Chelsea Won the UCL Trophy

Truth be told, Bayern ultimately bossed the game for 90 minutes. They had 21 shots on target, whereas Chelsea recorded a mere six shots on goal. Mario Gomez squandered a few chances and Cech was highly inspired in front of goal. Thomas Muller finally gave Bayern the lead in the 83rd minute, sending the crowd into a frenzy. But oh my, Drogba who had a massive adrenaline rush equalised with a picturesque header five minutes later. The tie ended 1-1 after extra time and the game proceeded into the penalties, which ended 4-3 in favour of Chelsea. Drogba buried the last and winning penalty to turn the Alliance Arena blue.