Bayern Munich is now one of the favourites to win the 2019/2020 Champions League (CL) after they routed Chelsea 3-0 at Stamford Bridge in Round of 16 Leg 1. They dominated The Blues in England and carry forward a strong away win advantage to the Alliance Arena. The only obstacles standing in the Bavarians’ way are the coronavirus pandemic and stiff competition from Manchester City, Real Madrid, Juventus, and maybe Paris Saint Germain. The CL is a familiar perch for the five times CL winners and based on the team’s current form. They’re certainly poised to lift the current Champions League trophy. 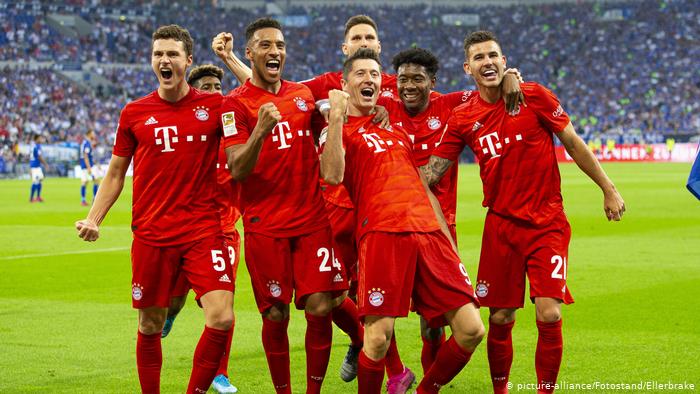 Blend of New and Old Players

Bayern might not have Arjen Robben, Frank Ribery, Mandžukić, Bastian Schweinsteiger, İlkay Gündoğan, and Philipp Lahm. But they’ve done their best in the transfer market to replace these faces. They now have Robert Lewandowski, Kinglsey Coman, Philippe Coutinho, Serge Gnabry, and Ivan Perišić. Manuel Neuer (captain), Jérôme Boateng, David Alaba, and perennial scorer Thomas Müller, who were part of the team that lifted the 2013 CL trophy, and they are still playing for the Bundesliga side. Ideally, the old generation will give direction to the current crop.

Robert Lewandowski and Ten Others

The acquisition of Lewandowski from Borussia Dortmund in 2014 is undoubtedly Bayern’s best deal since they last lifted the treble. Lewandowski has 11 goals to his name in the 2020 UEFA Champions League. He got an injury at Chelsea in the 36th minute but still managed to score and assist two goals. And all bookmakers are putting their money on the Polish striker to finish as the competition’s top scorer.

Erling Braut Haaland would have been a worthy competitor with ten goals, but PSG eliminated them. The best players in history, Cristiano Ronaldo and Lionel Messi, are not even among the top 10 scorers. Further, the forward will receive plenty of help from his teammates, Coutinho and Gnabry.